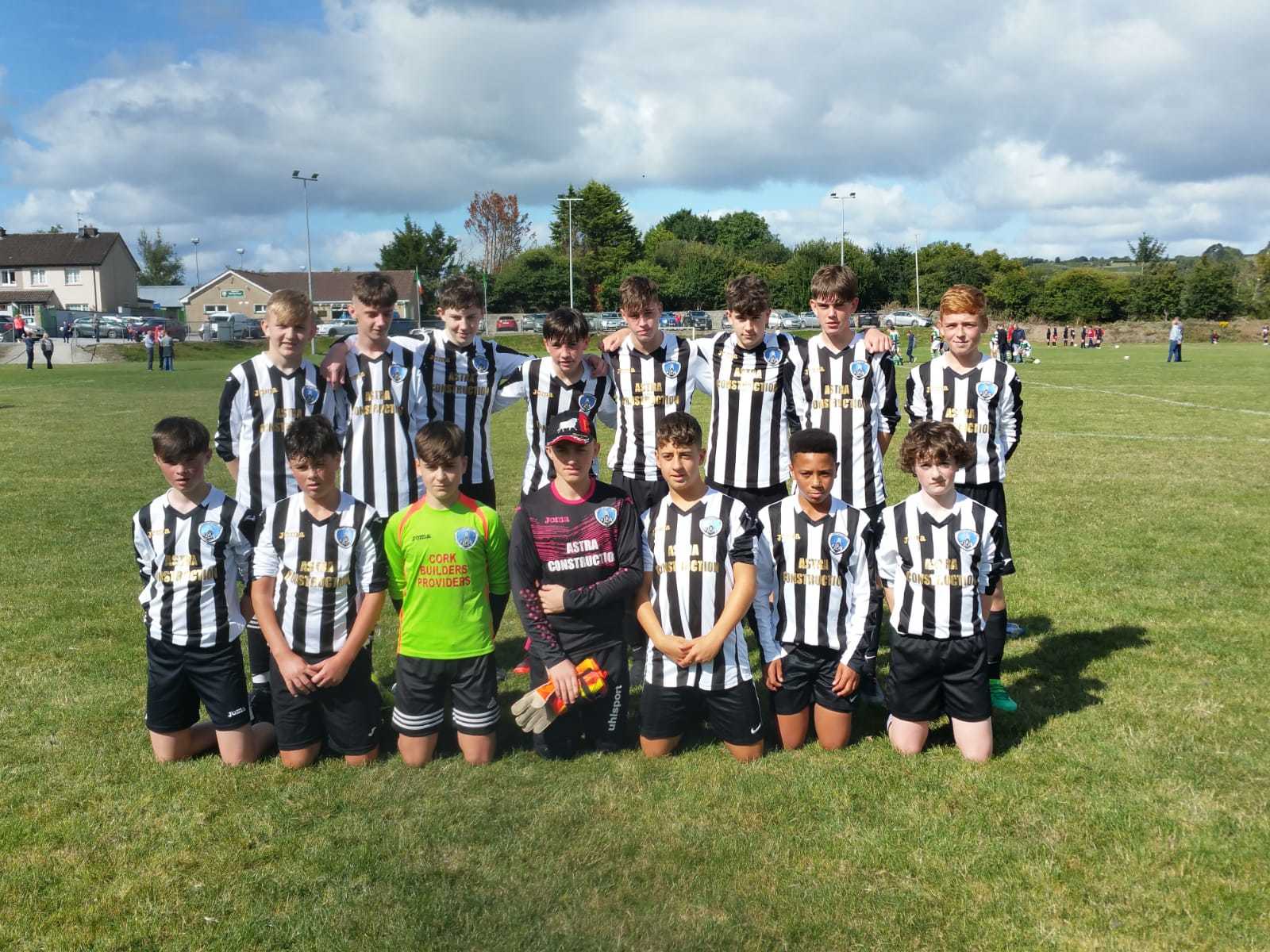 Published: over 1 year ago

It was an early start for the u15 premier lads this morning as they started their league campaign away to Macroom.

The lads went at it from the start with a high tempo game that was keeping Macroom on the back foot for most if the first half. Saints took advantage of the persistent pressure after 10 mins when Kyle O'Sullivan's effort couldn't be kept out despite the Macroom keepers best efforts.

Defensively James Lynch, Alex O’Brien, PJ O’Donovan and Evan Keating with Adam Higgins in the middle were doing very well as a unit keeping the Macroom attacks at bay.

The game was being controlled from Midfield with Robert Docherty, Liam Hopkins and Joe Mulcahy providing plenty of ammunition for Sam Cronin, Kyle O'Sullivan and Jamie Conway in the attack. Liam Hopkins doubled the advantage after half an hour with a sweetly struck free kick into the top corner of the net. Changes at half time with Leon Ayinde and Ross Cronin coming in kept up the pressure on Macroom.

The pressure paid off when Jamie Conway hit an unstoppable bullet from the edge of the penalty box that went into the top right hand corner to put the Saints up by 3. Macroom kept battling a pulled one back. The introduction of Ben Moynihan shored up the defence with some nice play coming from Ben out of defence to relaunch our attacks. Kevin McCoy came on and was unlucky not to get through for another near the end of the match. A very encouraging overall team performance by everyone from 1-15 to start our league off with a well earned win.

Fixtures up to Jan 28th

Full list of fixtures for the weekend are now available o...

Get live information for Club on the ClubZap App